If you have chronic kidney disease (CKD) and your nephrologist has told you to limit your potassium intake, more than likely you have been told to limit bananas, potatoes, orange juice, and tomatoes.

These foods can be very difficult to cut out since they are so prominent in our diets!

Tomatoes, for example, are a go-to base for soups and sauces.

Have no fear, there are some great alternatives to using these high potassium foods. One tip is to use bell peppers as a sauce base, instead of tomatoes. I decided to try out a recipe for harissa, which is a spicy chile paste common in North African and Middle Eastern cuisine. I love spicy foods, so this definitely appealed to me!

This recipe is just one example of how you can use red peppers in a sauce, instead of tomatoes. You can also use them in place of tomatoes for Italian dishes, like marinara. 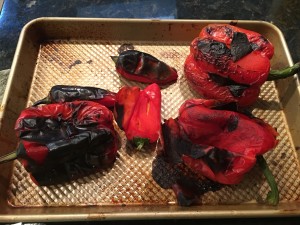 When you remove the peppers from the oven, cover with aluminum foil until cool enough to handle. In the meantime, heat olive oil in a large sauté pan and sear the chicken thighs. Once browned on both sides, remove from pan and set aside. 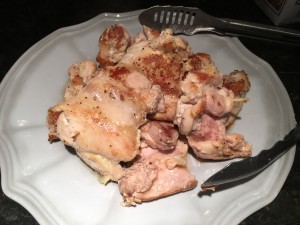 Turn heat down to medium low and add onions and spices to the pan. Cook until onions are soft, stirring occasionally. 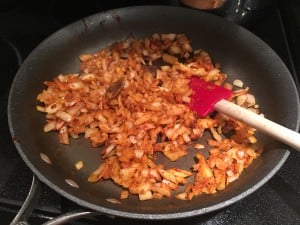 Once the peppers are cool, pull the skin off and remove tops and seeds. 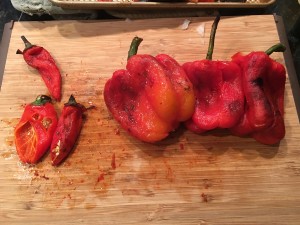 Add peppers and chicken stock to a blender and puree until smooth. Add puree to the sauté pan and bring to a simmer. Return chicken to pan, cover, and let finish cooking over low heat. In the meantime, cook rice of choice. 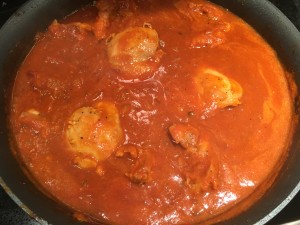 Serve chicken over rice, with a sprinkle of scallions. Enjoy! 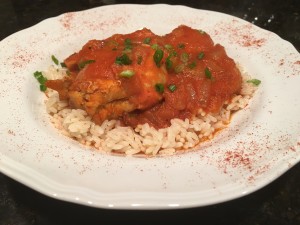 Note: If you don’t like spicy foods, you can decrease the chile peppers to 2 instead of 3, or cut the spice with a dollop of plain greek yogurt!

If you are struggling with kidney disease and would like to meet with a Registered Dietitian, please call (301) 474-2499 or email or contact us here to set up an appointment!

An award winning recipe developer, Dietitian Kaitlin’s mission is to empower others to reach their health goals by encouraging them to get back into the kitchen. Co-author of Nourished: 10 Ingredients to Happy, Healthy Eating and Cooking with Diabetes. 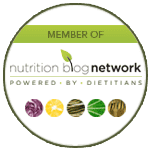